The excitement is rising: Which newcomer will win the German Gastro Founder Award and take the title? You have the chance to vote for the most promising gastro concept - in the big social media vote. Vote for your favorite candidate until 23 January.

Your vote counts: Which newcomer will get one of the coveted places in the semi-finals of the German Gastro Founder Award 2023? Fans can also vote on this - on the social media channels of the German Gastro Founder Award. The candidate with the most interactions - likes, comments and shares - will automatically take part in the semi-final on 3 February 2023 in Augsburg. The remaining nine semi-finalists will be determined by a top-class jury of industry experts. The German Gastro Founders' Prize is awarded annually by the Leaders Club Germany, the industry's leading trade fair INTERNORGA and the cash register system provider orderbird. The grand finale will take place on 10 March 2023 at INTERNORGA in Hamburg, where the best gastro concept will receive the coveted award as well as 10,000 euros in start-up capital.

Voting is open until 23 January 2023 at https://www.facebook.com/gastrogruenderpreis 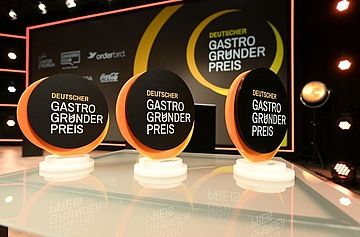