The family business Tress Gastronomie works according to the motto "Nose to tail" and only processes whole animals. Together with the organic manufactory, a versatile medium-sized company has grown. Owner and restaurateur Daniel Tress is also a digital pioneer. Digitalization has advanced his business.

In 2021, Tress Gastronomie won the INTERNORGA Future Award and is an example of future-oriented gastronomy. Regarding the digitalization of his company, he says:

"Through digitalization we were able to strengthen our focus on the core business and thus realize efficient growth." Dominik Tress, owner Tress Gastronomie. 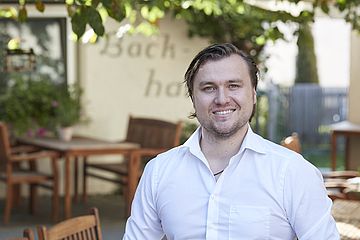